In recognition of the continuing hard work of the ServiceMaster Clean Contract Services Tyneside team, each month we officially recognise an individual who has indeed gone above and beyond.

December Employee of the Month

For December our employee of the month is: Eddie Nazaire

Eddie has been with ServiceMaster Tyneside for 9 years and services a number of sites for us. It is Eddie’s attitude and his outstanding work ethic that has won him our award for December. Every day come rain or shine Eddie goes Above and Beyond to ensure his sites are looking great, a true ServiceMaster hero loved by all. 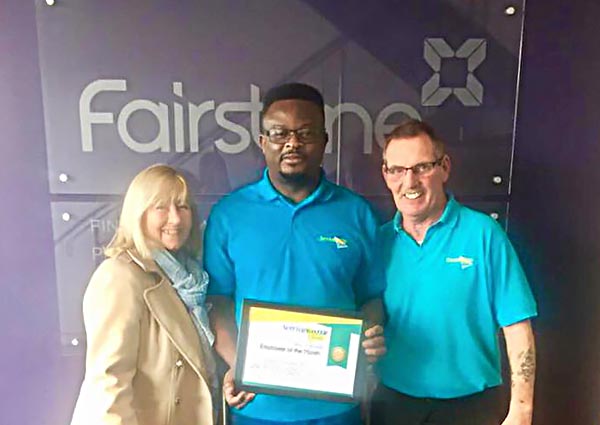 Keep up the great work Eddie and enjoy spending your vouchers.

November Employee of the Month

For November our employee of the month is: Maddison Absalom

Maddison, although only being with us since September has gone Above and Beyond to aid with the smooth running of one of our new contracts. She has work closely with us and the client making sure the processes run like clockwork. 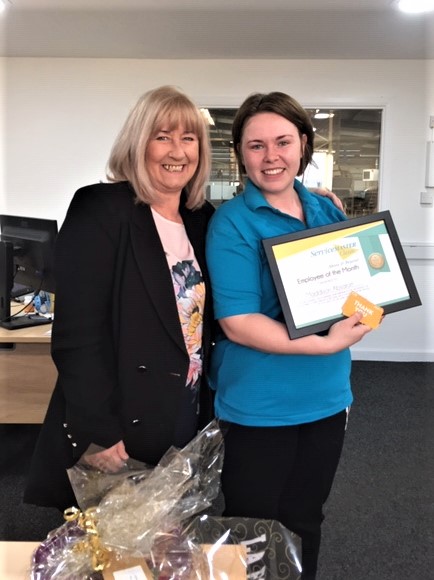 Thank you and well done Maddison. Keep up the hard work!

October Employee of the Month

For October our employee of the month is: Rachael Ramshaw

Rachael has gone Above & Beyond at our clients site to ensure everything runs great, that our client is delighted with the services they receive and generally helping us out a lot! 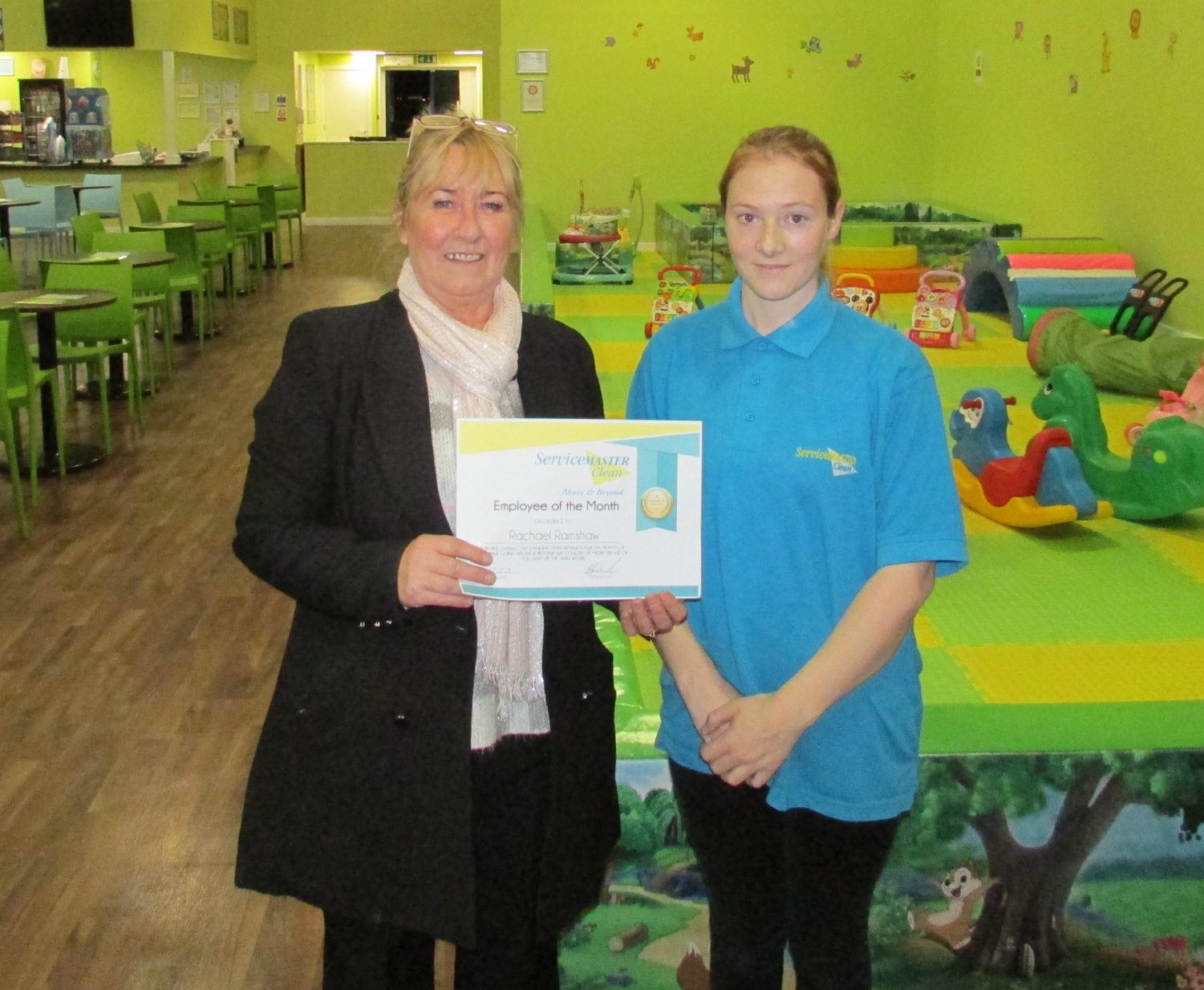 Well done and thank you Rachael.

A sssssurprise for the cleaning team!

ServiceMaster Clean Contract Services Tyneside certainly went Above and Beyond recently when the cleaning staff turned up for their regular shift at a high street opticians to discover a live snake. 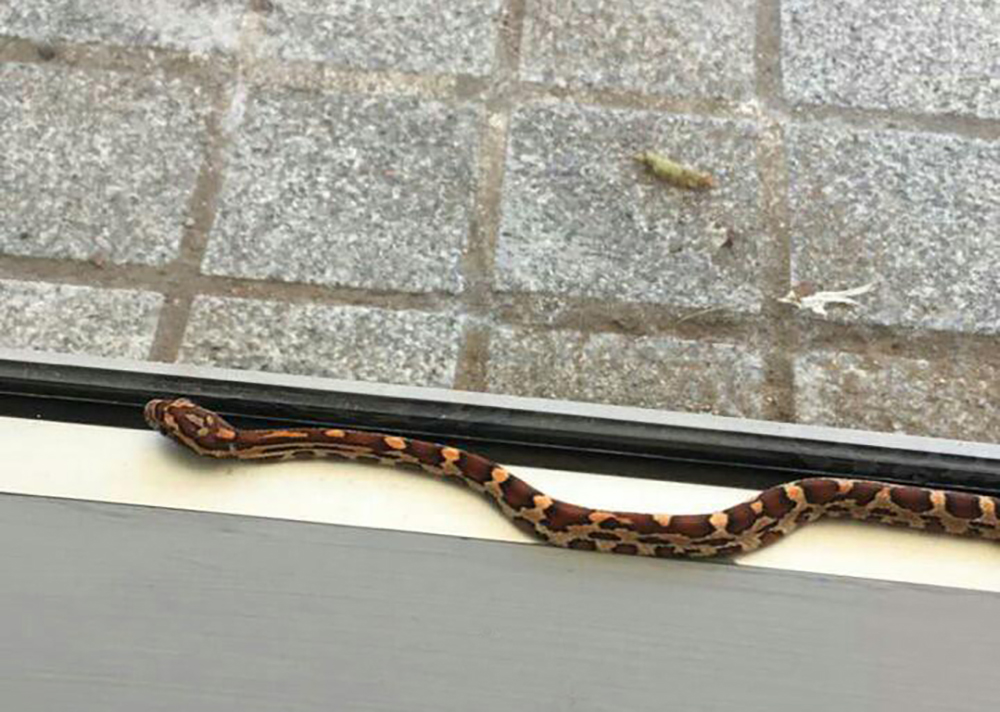 The snake was found during the clean in the front window of the shop, where luckily the store was closed at the time. The cleaner Judith found the snake and let out an almighty scream! Luckily Ops Manager – Carole who was also on site with Judith at the time and ran to find out what was wrong.

Thinking fast Carole remembered that there was a pet shop located round the corner so quickly ran to find the owner as they were due to close, to see if they were missing a snake. As it happened they were, not one but two snakes had escaped a week earlier and only one had previously been found. Much to the relief of Judith and Carol, the also relieved pet shop owner came to the rescue and advised that although the snake was very cold, it would make a full recovery.

The pet shop owner also advised that the snake was a Corn Snake; Corn Snakes are constrictors, they are docile in nature and are reluctance to bite, if they did bite they lack functional venom and in actual fact in their natural habitat are very useful to have around as the are excellent natural pest control; so despite the scare Judith and Carole were not in harms way.

We are pleased to report that no people or snakes were harmed in the incident. The cleaning team were somewhat surprised to find the snake but once the snake was removed they continued with their usual routine but will be quite happy for a less eventful visit on their next shift.

Scroll to top
We use cookies to ensure that we give you the best experience on our website. If you continue to use this site we will assume that you are happy with it.OK